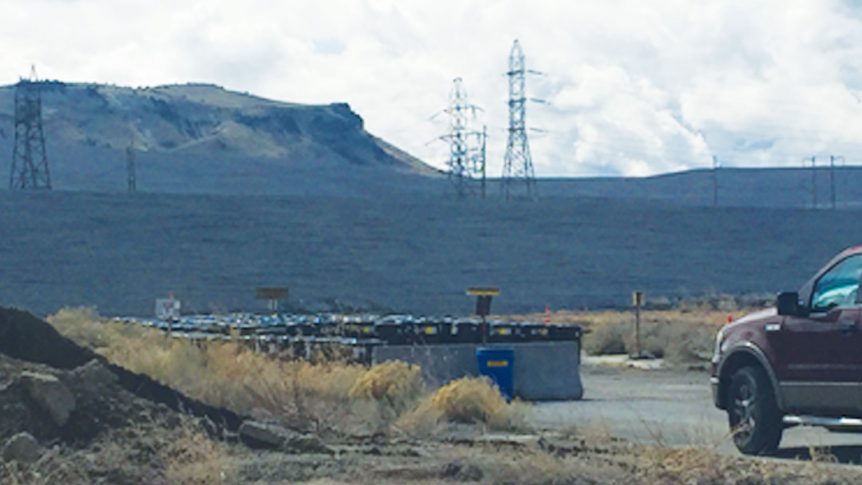 The Tribes are not pleased with EPA due to a recent visit. On March 16, 2016 a EPA representative came onto the Fort Hall Reservation to inspect work at the now defunct FMC site. EPA staff from Seattle and their oversight Contractor toured the site and inspected the storage of over hundred 55-gallon drums filled with hazardous waste waiting to be shipped off site for incineration. The following day, Tribal representatives discovered that the drums were left open, releasing toxic Phosphine gas into the environment within Reservation boundaries. The Tribes notified EPA immediately and requested the drums to be closed and air analyzed for Phosphine gas.

According to a Tribal representative, EPA had seen the drums on March 16 but failed to notice that the drums were open and venting. Therefore, EPA was allowing FMC to release Phosphine gas onto the Reservation for an unknown number of days. Workers at the site indicated that they had been directed to open the drums to prevent bulging as a result of gas generation from waste in the drums.

When the Tribes requested drum closure and gas analysis, EPA allowed FMC to conduct this analysis after interior gases in the drums had been released or vented, not allowing a buildup of gases within the drums prior to sampling. This action resulted in unrepresentative and inaccurate readings of generated gases. However, Phosphine gas readings at the drums after venting were well over the Permissible Exposure Limit of 0.3 parts per million (ppm). The gas readings after venting ranged from 0.37 ppm to over 2.0 ppm.

FMC cleaned out a Septic System Vault that had been used for wastewater disposal, including laboratory waste that contained elemental phosphorous. 110 55-gallon drums were filled with the sludge material. Of the 110 drums, 107 drums had chemically reactive material inside and were actively generating Phosphine gas.

Phosphine is a colorless, flammable, and toxic gas with the odor of garlic or decaying fish, can ignite spontaneously on contact with air. Inhalation is the major route of Phosphine exposure and toxicity, however detecting an odor is an inadequate indicator of the presence of Phosphine gas at hazardous concentrations. Phosphine is heavier than air and may spread to low lying areas.

According to the Agency for Toxic Substance and Disease Registry (ATSDR) and the Centers for Disease Control Website, the OSHA PEL (permissible exposure limit) for Phosphine gas is 0.3 ppm (averaged over an 8-hour work shift). The National Institute for Occupational Safety and Health (NIOSH) states exposure to Phosphine at 50 ppm is IDLH (immediately dangerous to life or health) and the ERPG-2 (Emergency Response Planning Guideline) (maximum airborne concentration below which it is believed nearly all individuals could be exposed for up to 1 hour without experiencing or developing irreversible or other serious adverse health effects or symptoms that could impair an individualâ€™s ability to take protective action) is 0.5 ppm.

According to EPA’s Air Toxics website, Phosphine gas may have the following acute and chronic effects. Acute inhalation exposure to Phosphine can result in respiratory, neurological, and gastrointestinal effects. Symptoms may include headaches, dizziness, fatigue, drowsiness, burning substernal pain, nausea, vomiting, gastrointestinal distress, cough with fluorescent green sputum, labored breathing, chest tightness, pulmonary irritation, pulmonary edema, and tremors in humans. Convulsions may ensue after an apparent recovery. Numbness and tingling in the fingers were reported in workers after touching Phosphine tablets. In rabbits acutely exposed to high levels of Phosphine via inhalation, dyspnea, paralysis, convulsions, effects to the liver, kidneys, and spleen have been reported. Acute animal tests in rats have demonstrated Phosphine to have extreme acute toxicity via inhalation.

FMC continues to display disregard for human health and the environment. To purposely open drums and allow them to vent toxic Phosphine gas into the air on the Fort Hall Reservation is unacceptable. Equally disturbing is the failure, by EPA and their oversight Contractor, to recognize the violation of hazardous waste regulations and to act on it. The Tribes will continue to provide much needed oversight of activities at the FMC site.